(ATR) Shinzo Abe, the former Japanese prime minister who helped the country win the bid to host the 2020 Summer Games, will reportedly not be attending the Opening Ceremony.

According to NHK, Abe made the decision due to the ongoing state of emergency and virus restrictions in place for Tokyo.

Abe famously dressed as video game character Super Mario to promote the Tokyo Olympics during the Closing Ceremony at Rio 2016.

He was also the first to propose the one year delay for the Games, reaching a final decision in a 15-minute phone call in March 2020 with IOC President Thomas Bach.

Abe, then 65, resigned his office on August 28, 2020 for health reasons. Yoshihide Suga was elected to replace him on September 16, 2020. Suga is expected to be in the Olympic Stadium for the Opening Ceremony on Friday.

Spectators have been ruled out of almost all events, including the Opening Ceremony.

Japanese media are reporting that less than 950 people, most of them dignitaries, will be in the stands. Less than 20 global leaders are planning to be there, led by French President Emmanuel Macron. France will host the next Summer Games in Paris in 2024.

If IOC Vice President and Australian Olympic Committee President John Coates has his way, the victorious Brisbane 2032 bid delegation will also be attending.

The Associated Press reports that during a late night press conference on Thursday, Coates took issue when Queensland state Premier Annastacia Palaszczuk said she would be staying in her hotel room for the event.

“You are going to the opening ceremony,” Coates told Palaszczuk. “None of you are staying home and going to be sitting in your room.”

Coates on Friday released a statement, saying the comments “have been completely misinterpreted by people who weren’t in the room”.

“Absolutely I believe the Premier should come to the Opening Ceremony and she has accepted,” Coates said.

“I am thrilled about that. Attending the Opening Ceremony has always been her choice.

“My view has always been all three levels of government should come to the Opening Ceremony.

“The Premier and I have a long standing and very successful relationship. We both know the spirit of my remarks and I have no indication that she was offended in any way.

“Those in doubt should ask her,” he concluded.

The premier, who faced criticism in Australia for traveling to Tokyo to make a final pitch for the Games during the IOC Session, had said she wouldn’t be attending any other events during her stay in the Japanese capital.

Brisbane won hosting rights to the 2032 Games on Wednesday without any competition, thanks in large part to the efforts of Coates. 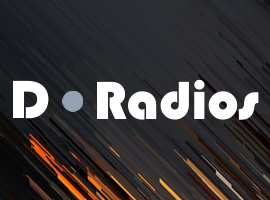